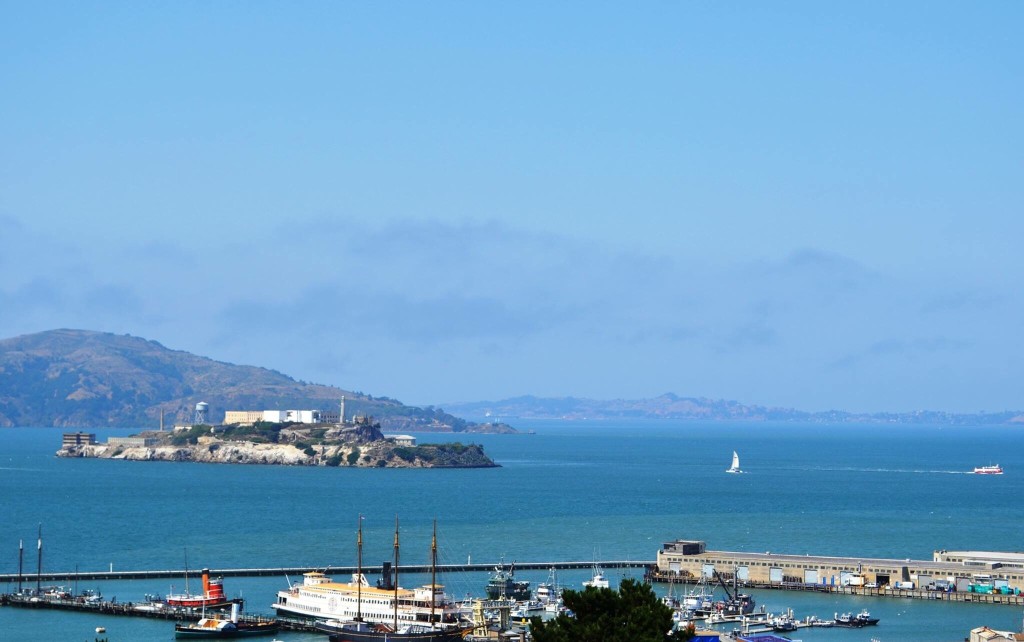 Video by California Through My Lens

For me, it is hard not to mention the change in San Francisco. Even flying into the city, it feels and looks different from a decade ago. Once, years ago, my father had visited the city for business and stayed a week, coming back to tell the story of one of the most visually stunning places he had ever been.

San Francisco still has that charm and appeal, but the city has lost some luster in my eyes in the last few years. Also, unless you get a deal, travel here can be expensive. Lucky for me I was traveling with TZort so you know I was getting a great deal. Even if I was not getting my room taken care of by the TZort team, it would have been very affordable. The stay at Canterbury through TZort would have been less than the local Days Inn. To me, that just seems impossible, but TZort does it.

Canterbury is almost dreamlike in its appearance. Check it out for yourself here. The lobby alone has more tile than you imagine would have been found in Rome thousands of years ago. It has a true luxury feel to it all.

Someone had let the cat out of the bag that I was here to write something for TZort because the manager came out and offered me a tour of the Presidential Suite room. Wow, it was impressive. Three bedrooms and a huge living area. I would later joke with the manager that he should never show anyone the Presidential before they checked into their one-bedroom because anything else has to be a letdown by comparison. I was joking because the one-bedroom villas are still very nice and have all that you expect from a resort room. I shared my message truly as a joke, but I do not think the manager understood my East Coast sense of humor.

I have said before that when I travel; I like to have a large bathroom. I do not enjoy the small bathrooms in most hotels or motels. That is one of the reasons I love staying at these resorts. You never feel trapped in a small room. Your accommodations are roomy, and the same was true with this villa.

After being on a plane for 8 hours, I was ready for a nap, if not to turn in for the night. Sometimes the flights knock me out. I laid down, not setting an alarm but counting on nature to get it right.

I woke a bit later and was hungry. I looked at a clock and it was on 9 PM so I felt confident I could find something to eat nearby.

I am a comfortable and confident person when I travel. So, I just walked out of the resort and took a right. I figured that there was a hospital a few blocks up. There would be restaurants around the hospital to serve all the families, workers, and people connected with a hospital.

Sure enough, I found a place called Chisme and stepped in off the street. Moments later, I was enjoying a Quesadilla with all the normal ingredients. It was well prepared and helped fill the void that was my stomach.

The night was nice,, so I continued my walk. I ended up walking a good distance but figured with a cell phone in hand, I could always Uber back if I got tired. This must be near the medical capital of the city because I saw signs for hospitals every few blocks. If there are any medical professionals who are considering a business trip to San Francisco, check out this resort to see how close it is to the hospital you are working at. There are many nearby and it, maybe. Since the accommodations are very nice, and it is centrally located, this might be a great place for you to stay on your work trip.

I did see that there are also many parks near this location, and that must have been amazing at one point in local history. Now the parks looked more like places to avoid instead of enjoying. They appear to have people living in them and doing other non-park-like things in them. I walked past Lafayette Park and thought to myself, just now.

After seeing the park situation, I turned around and started headed back to the resort. I stopped on the way back for a drink at the House of Prime Rib and thought to myself come here tomorrow no matter what. The place just screamed amazing steaks at you. As I sat at the bar for a while, I talked to the bartender and another guest. Both had seen the changes in the city in the last decade and were sad about them, but felt that it would survive and thrive again. This location alone had been open since 1949 and you could tell it was for good reason. They had their act together.

After a few more drinks I got a cab, not an Uber back to the resort.

My day started with a desire to tour the city and see the sites. I had literally 20 places in mind that I wanted to see. Places from movies I had seen over the years, and places my father had talked about seeing years ago. This was my first time staying in San Francisco for more than the time of a layover from a flight. I was going to make the most of it.

First, I wanted to see the Golden Gate Bridge then see Alcatraz,, so I took an Uber this time to the Golden Gate. It is very impressive. Especially in scale and the idea that this was constructed long ago, and seems to not bat an eye with earthquakes, and all this area throws at the bridge. I paint some when I get back home from my trips. The Golden Gate became one of these paintings. You can get a print affordably if you would like to remember this amazing bridge.

After spending a while at Golden Gate Park, I made my way to the boat to Alcatraz. You can do a virtual tour of Alcatraz online. If you are not a crazy movie fan or history buff like me, that may be enough for you. But for me, I wanted to set foot on the island, do a tour, and enjoy the boat ride and more. I had not realized that Alcatraz sat on a much older Fort. It made sense because you could protect the waterway here from the island really well.

After both of those stops, I was now ready to eat. I stopped at Gott’s Roadside which was in the Ferry Building Marketplace. With a double cheeseburger and fries, it was a little more costly than a Five Guys back home but worth the price. These folks knew how to cook a burger.

Next, I thought I would head to Chinatown. That part of the city has been in so many memorable movies and is rich with culture. It was also close to the resort, so it made sense to loop back that way and check things out.

I spent so much time in Chinatown that I thought I would end the day getting a great Chinese meal. In Chinatown, there are almost as many dining options as there are buildings. I chose a location called hunan home which had an impressive menu. I started with egg flower soup (I would have called it egg drop) then chose to try a few entrees out. I wanted to see what was different from the very American versions I would have tried back home.

The meals were very good, and flavorful. Being the best-executed versions of most of the dishes I sampled. Mongolian Beef and Hunan Chicken were great. While they tasted better than home, the recipe was likely the same as the place near my home.

After the day I had yesterday, some of my first impressions of the city were put to rest. San Francisco still has much to offer for the traveler. I was also tired I had not walked around that much in years. Also, walking here is more demanding than in cities like New York because almost nowhere is flat. There are hills everywhere. If I had been naming the city, I might have called it Hillsville or something lame like that.

Today I had it in my mind to take a guided tour of something that required less walking. That plan lasted about 10 minutes when I realized that the Walt Disney Family Museum was here. Walt Disney himself held very high status from all the joy that his work brought my childhood. I had to check this out.

Take the virtual tour to choose if this is right for you. For me, it was a must. To be able to learn more about the man who brought so much joy to millions and his family was a great opportunity. In my life, I had watched a few documentaries, but this was really interesting and informative.

This Museum has been open since Oct 2009. It is housed in former Military Buildings within view of the Golden Gate bridge. It was a great place to visit and learn more about the man who gave so much to children.

After the museum, I went to check out Lombard street the windiest street in the World and the scene of many movies. If you filmed a movie in San Francisco, you likely used this street in at least one scene.

You can catch the cable car at the top of the hill at Lombard street then ride it around town some for the full-on experience. It is just south of Fisherman’s Warf so I took his trolly or cable car to the Warf. I stopped in to Bubba Gump for some shrimp. It may be just me, but the wait staff should have to read the menu to you for at least 20 different shrimp items just for fun.

It would get old for the wait staff on day one, but man it would be funny.

The shrimp was good, and the views were great. Eating here was like a trip down the memories of my vacation. I could see the golden gate and Alcatraz in the distance.

I worked my way back to the resort and then rested from the busy day until dinner time I was not going to forget the House of Prime Rib it looked to good and it was. As the name suggests, they, serve what may be the best Prime Rib you will ever have. They have that side, drinks, and fish. That is about it. But it is enough.

If you want to travel to a great resort in San Francisco, and one that is thanks to TZort still affordable. I think I would go now. Go while some amazing places are still open and available.