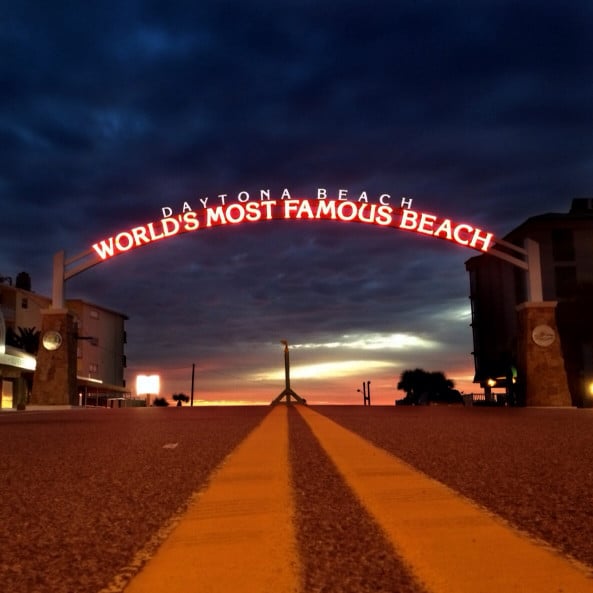 Daytona Seabreeze at Daytona Beach, Florida is one of those resorts that has a view to die for. The pool view here will melt your heart and ease your mind as you sit by the pool enjoying the ocean and the sea breeze.

Video by Must Do Travels

I had driven down I95 and made it a strait shot. The drive itself was not bad since I was coming in October and the heavy travel season was behind us. The next wave of cold weary travelers would not typically start for another month. Then the snow birds would descend from all points north.

The drive down has changed some over the last 20 years or so. Most of the typical stops along the interstate have disappeared. Almost completely gone is the South of the Border stop which likely sold a few hundred thousand dollars in switch blade combs to young boys like me over the more than 20 years they had as a tourist trap of sorts. I can remember the billboards that advertised for them for 50 miles or more in each direction on the interstate.

With the internet people lost the attention needed for billboards to draw them in the numbers required to sell enough cheap tourist items to keep a roadside attraction going.

The drive itself was about 10 hours, and it was the longest drive I had done in a few years. Typically, these days I take a break after 8 hours or so. But my workweek went long, and I was excited for the trip so I drove down during the night and figured after checking in I could take a nap.

The room and resort had many amenities to enjoy.

After getting settles into the room I took a short after drive nap. I turned down the AC, opened the door to the balcony. Then napped right on the sofa before even unpacking.

I woke ready for something to eat. I had stopped for gas, and some convenience food and bathroom break hours before, so now I was starving.

I found Crabby Joes near the resort. I had a pound of fresh steamed shrimp and then key lime pie for desert, and I was a full happy man. I also grabbed a drink from the bar after the meal before heading back to the resort. Just trying to get the feeling that I was still in a moving car to stop.

When you wake up at a resort with direct ocean front access you just want to stay on the beach and play. Yes, there is a lot to do in Daytona but the beaches here are legendary for their wide sand areas, and great views of the ocean. So that is where I intend to spend most of today.

Daytona became a racing area even many years before the Daytona Racetrack was a thing. In the early days (long before my time) the beach itself was where people would take their hot rods to race. It was that wide even back then. Also, the sand here at low tide is packed pretty tight and made a good free racetrack.

After the morning on the beach, I wanted to get out and visit the area. I had not done the Chocolate Factory Tour here before so I headed to check it out. Angell & Phelps Chocolate Factory Tour is open Monday through Saturday 8:30AM-5PM. The tour is a short 20 minutes but does include a free chocolate. I think the shorter time-span that some tours make this one OK for older kids, and who does not like free chocolate.

The tour is free, parking, and everything about this are free. Just remember that you will still likely want to buy more chocolate after trying it. These people know their business.

The next part of my day involved a little drinking. I wanted to check out what is known locally as the Ale Trail. So I parked my car back at the resort and headed to the first stop. Ormand Brewing Co was that first stop. My favorite here was the BEE Hoppy Mead.

After more than two of the meads and one of something else, I decided to spread my spending out and hit another spot on the trail. I headed for the Beachside Brew Pub and their list of locally crafted yummy. Here I found several I liked and a few that were over 9% alcohol, so this quickly became my last pub on the crawl. The crawls do not last like they used to. But the beer was great and the little hole in the wall spot was friendly.


Day Three Waking up is hard to do

Well, I felt like I may have had a few adult beverages the day before. Oh, wait I did. At least I did not have a sunburn. Often when in Florida I like to catch both a sunrise and a sunset but when you are on the East Coast of the state sunrise is the best so I would have to catch that tomorrow before leaving. Today I overslept.

I felt the need for breakfast. That kind of self-nurturing breakfast that I love when I am moving slowly. I found the Starlight Dinner for breakfast. There are not many dinners that feel like real dinners left. So, when I find one, I like to go and support them.

I chose the number two combo, which was Waffle with whipped cream, two eggs with bacon or sausage and blueberry fruit topping. It tastes as good as it likely sounds. Like a child, I also had the chocolate milk too. Why not?

After breakfast, before heading back to the beach, I wanted to check out the Motorsports Hall of Fame Museum. The Hall of Fame is actually part of the larger Daytona Speedway Tour, so when you do one you do both and it is included in the cost of the main tour.

After a fun time at the track and museum, I headed back to the resort and the beach. I grabbed something fast to go for lunch and hit the beach for the entire afternoon.

If you want to save on your next trip to the beach, book with TZort.