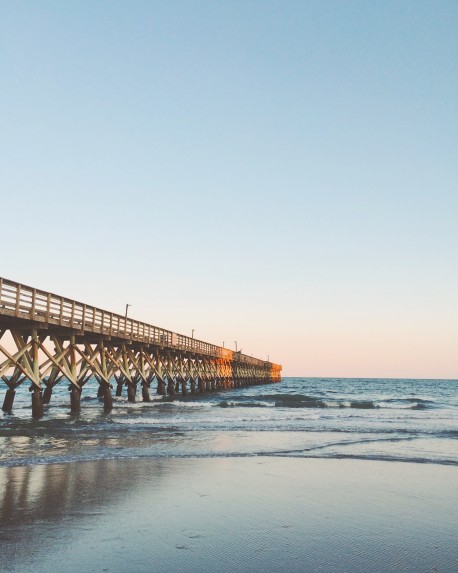 The drive to Myrtle Beach from Virginia Beach is not a long trip. It is a simple day drive. So, I just got up early this morning and it the road so I could reach the resort in time for check-in.

Video by Shore Me Some More

Day One Arrival at SeaWatch Plantation

When you pull up the resort you are aware that this is true beachfront accommodations. One of the things I love about Myrtle Beach is the wide sandy beaches. These beaches are some of the widest on the East Coast. You have plenty of room to walk, run, or just chill in the sun.

This resort is right on the beach which is amazing. For check-in, you pull into the resort and park and check-in. Then you can move to the parking garage location nearest your particular resort room. This makes it easy to get situated.

First impressions of SeaWatch Plantation are great. There are two towers and in between each on the ocean side, there is a complete water park-like setting that is unbelievable. This includes pools, and a lazy river, along with tons of seating. The chairs are available everywhere which makes it easy, even when busy to find a great spot for the day.

I really enjoy the idea of being able to swim in and out of cover in the pools. That way if you feel you are getting too much sun you can still stay outside but protected from the sun even when you are swimming or enjoying the pools.

Also, the ocean is only a few steps away.

After checking in to the room and dropping off my bag I really enjoyed touring the resort. It was fun to see everything and the other guests were already having fun and happy so there was great energy at the resort.

After the drive-in I was hungry so I decided to head out for my first meal on this trip. I am a sucker for Hibachi so I decided to try a location nearby called Fuji. I love the entertainment of it, but especially the food. I think looking back I have spent 8 of my birthdays at Hibachi restaurants. That is how much I enjoy them. Going solo to Hibachi is a tad odd at first. But once you have done so you find that they have you join a table with someone else on your end of things. That is kind of like some form of forced social interaction, but it is nice.

I usually go with family for something like my birthday, but today I was just hungry. I find out you can just order the food in that style if you like and I went with that option versus the whole show.

The food was great and I would recommend this to anyone visiting the area. I had the steak and chicken and they included several appetizer shrimps and the soup and salad as well. It was a great meal.

After dinner, I drove back to the resort and settled in at the pool. Then I realized that the resort has a tiki bar and I was headed in that direction. I do not drink much these days but when at the beach on even a mini-vacation, it just seemed like the right thing to do.

Waking up in a room that has a great view of the ocean makes me just feel alive. I often forget on these trips to pull the curtains shut and the sun catches me off guard. This time though it was planned. I wanted to be up for the sunrise.

I woke just before sunrise and made some coffee to help myself get moving. I do not drink coffee much at all. I do not mind it I just have never made it part of my routine, I guess. But it felt like the thing to do. The room had a pot and they had left some coffee ready to go in packets so I thought I would dive in and have some.

After the sunrise, I wanted some breakfast. Now the resort has a great option but I had gone for a walk on the beach for sunrise and I saw a spot just off the beach I wanted to try for breakfast. It was literally called breakfast by the sea so I was like “worth a try”. I ended up getting a breakfast special with 2 eggs, sausage, and pancakes. This made me a happy man. The omelets looked good too but I was not that hungry. It was still early for me; I am not used to being up this early in the morning.

Today I had decided to start with the beach but then do some fun touristy things around town. Myrtle Beach has their own local minor league baseball team called the Pelicans so I chose to go to a game later today. But I had a few hours before game time.

I enjoy “fake golf” like mini-golf and now the Top Golf franchise too so I chose to go hit a few balls and get a tiny bit of morning exercise in the process. I do not know why I never got into the larger game, likely because I am more of a solo act in life most of the time. So getting things organized for foursomes on a golf course is more social than I am normally up for.

The top golf is fun though. Not a lot of walking around. They set you up with a spot, some clubs and balls, then feed you drinks and snacks if you want. So, it is to me just the best elements of golf condensed. It was a fun few hours. I think I stayed for about two hours.

Afterward, I did a tiny bit of shopping for some gifts for the family. Typical travel gifts like T-Shirts and little things with Myrtle Beach printed on them. In addition to the tourist things to do, I also like the cheesy stuff. I am a simple man in that regard.

I picked up a deal on shirts and some shot glasses. Then it was time to head to the park for the game. I chose to go to the park and just eat a hot dog with some peanuts and beer at the park. My desire was for the full live game experience. Hot dog, beer, peanuts, and the live playing with the announcer over the loudspeakers.

The game was great, and this stadium was a nice one. I am used to the Tides in Norfolk which is a fine park, but this location just seemed more intimate and connected to the team.

After a good game (Pelicans won) I wanted some dinner. The ballpark is just in North Myrtle Beach so it is very close. When you are driving on the strip if you turn when you see the Skywheel you cannot miss it. From the resort, I think it was less than 10 miles to the ballpark. You just leave the resort and take a left on 17. Or you can do what I did and go down the strip instead.

Just in case you thought I was exaggerating about loving all the tourist stuff I went to dinner at the Pirates Show called the Pirates Voyage. If I was going to choose one type of show I might choose the Camelot ones, but this show was fun as well.

The food at these types of dinner shows will not often be life-changing. But when combined with the show it is worth the trip.

They offer a four-course meal which includes.

I liked the BBQ, and corn on the cob the most.

After dinner it was back to the resort and the Tiki Bar again for me.

Day Three was my beach day.

Today I wanted to spend the day at the beach. Myrtle Beach just has some of the best sand beaches on the East Coast. Also, for whatever natural reasons the water is not often very rough.

Over the years coming I have also realized that there seem to be fewer rip currents than other nearby beaches like Atlantic Beach North Carolina for example. Although you will hear more about storms because of the warmer water near Myrtle Beach. It is amazing how close I live to Myrtle Beach (a short-day drive) that the weather is so much warmer here.

Even in the winter the temperature rarely gets much below 60 during the day. The majority of the year you deal with temps that are 70-90. Today it was going to a high of 82 they said on the news. That may just be the ideal beach temp. Especially if you plan on getting in the ocean and swimming some, or dancing around in the waves, as I tend to enjoy doing.

I remember coming to Myrtle Beach as a child and enjoying kind of fighting the waves. Crashing into them and having fun bouncing into a small wave as it crested and started to curl onto the beach. I think some part of my young male mind thought I was fighting in a WWE wrestling match or something. Crash boom, bang, or maybe it was the Batman reruns?

I do not remember, but I do remember the fun I had in my mock fights with the sea. Still to this day I love the feeling of a small wave breaking on me. Just be mindful of your children and yourself in the ocean. It is still a real concern with rip currents. Once when I was a teen I was out in the ocean with a cousin when he was caught in a strong rip current. North of Myrtle Beach at Atlantic Beach. I was able to save him mostly by luck, but we both could have drowned. It makes sense to be aware and always make sure someone is with you or watching.

Again, however, Myrtle Beach is a great spot to enjoy the ocean. Just use common sense for safety.

A full day at the beach felt great and was just what the doctor ordered for my mood and my mini-vacation.

You too can stay at this amazing resort for less than you think is possible. Check out the current pricing at TZort.