The District by Hilton Club

The District by Hilton Club

The District by Hilton Club is one of only a handful of locations I like to stay at in DC. Our nation’s Capital has lots to do and see and I look forward to staying at this amazing location for my trip. 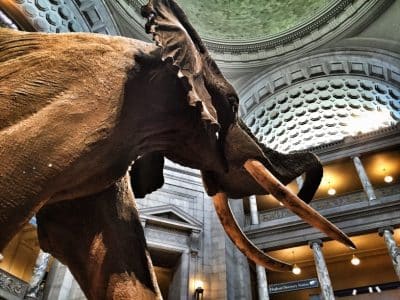 Day One Arrival at The District by Hilton Club

My arrival was on time as I managed to plan my drive to avoid the traffic issues that sometimes plague the District of Columbia. These days, finding your accommodations is much easier in D.C. than it used to be. D.C. s streets and the layout was clearly designed long before cars were a consideration. As you drive in the Capital, you realize one moment you are on a lettered street, and the next a numbered street, then back again. In short, it used to be very easy to get turned around or lost on your drive. Now thanks to smartphones and GPS, it is much better.

Since check in time was 4PM EST, I had time to have a meal and still see some of the city today. My total travel time here was only about 3.5 hours. So, I did not feel drained drained instead I had energy to burn.

The suites available at this resort are 1 or 2 bedroom and by any area standard very nicely sized. My 1 bedroom was 683 sq ft. If you choose the 2 bedroom, it is 1058 sq. ft.

After I checked in, I wanted to get a bite to eat and enjoy a drink somewhere. There is a nice lobby , so I chose to grab a drink there on my way back and to go somewhere close for some food.

I walked to Blue Duck Tavern just a few blocks away,, and the food was insanely good. I ordered the Duck for dinner, choosing it not because I wanted to do the equivalent of wearing a band’s t-shirt to a show. No, rather than that, I ordered the namesake because I felt it likely is their best item.

Plan your Smithsonian visit in advance

You should check out the Smithsonian website before visiting any of the museums. You can use the app to bookmark your favorites.

Visitors should avoid trying to see everything in Washington, DC. Instead, they should focus on visiting the museums that interest them the most.

Go against the flow

Crowds are unavoidable in these popular museums. But you can minimize your wait by going early in the morning or late in the evening. Also, try to be near the entrance of the museum.

Two roads diverged in a wood and I – I took the one less traveled by, and that has made all the difference. Robert Frost.

Robert was not talking about tourist crowds, but he could have been. Do not go the same way the masses are going. You will save time frustration and headache. There are times when going with the flow works to move you though, but often it is finding an alternative route that is the win.

Use the “back doors,”

This is a Smithsonian museum tip. Most Smithsonian museums on National Mall have two entrances facing the grassy park. There is one facing Independence Avenue, and another facing Constitution Avenue, depending on which side the museum is located.

There are two ways to enter the museum. You can go through the bus or through the main entrance. Bus tours come in groups of 20 people or fewer. The main entrance allows more people to enter at once. However, if you want to avoid long lines, you should go by the bus.

I started today at the Air and Space Museum on site. I have done the Dulles site recently, and it is amazing, but I wanted to tour the D.C. old school site today.

Most people start their day or trip by visiting the Castle at the Smithsonian. If you have not been you should go, if you have then you should skip this and instead get the updates online so you know what is open and available during your trip to D.C..

For me, this was my second full museum of the day, and it is huge. Without a plan, this would take a few days to cover.

The world’s most popular natural history museum is dedicated to understanding the natural world and our place in it. Delve into the fascinating story of our planet, from its fiery beginnings through billions of years of transformation, and explore life on Earth through exhibitions and activities, collection objects and research that happens in the lab and in the field. The museum is larger than 18 football fields and is home to the largest natural history collection in the world.

A stopped and ate at the Museums Atrium Cafe with so much walking mentally you do not want to leave the site until you are done for the day, at least that is how my brain works.

I could have visited more museums and you may want to as well. But for me, it had been a while since I had gone to some of the monuments. A few I have not seen in person yet.

I started at the Vietnam Memorial. This is very powerful and moving due to the scale of the memorial and all the lives it honors.

Vietnam Veterans Memorial is located north of the Lincoln Memorial, near the intersection of 22nd Street NW and Constitution Avenue NW.

The memorial is free and open 24 hours a day.

Next, I headed towards the Lincoln Memorial. If you have never been or like me, it has been many years. This is a historic site and important to visit and process the impact one person can have on a nation or the World.

May 30, 2022, marks the 100th anniversary of the dedication of the Lincoln Memorial. Honoring the 16th president of the United States, Abraham Lincoln, and inspired by the Parthenon in Athens, Greece, the memorial features a statue of the seated Lincoln; engravings of the Gettysburg Address and Second Inaugural Address, two of his greatest speeches; and murals with allegorical depictions of his greatest accomplishments as president – the reunification of the United States following the Civil War and the emancipation of more than four million enslaved persons.

The dedication of the Lincoln Memorial took place on Decoration Day (now known as Memorial Day) weekend. An estimated crowd of 50,000 attended the ceremony, while as many as two million listened across the country via the new medium of radio. Speakers included President Warren G. Harding, former president and Chief Justice of the United States William Howard Taft (who also served as chairman of the Lincoln Memorial Commission, which had overseen the design and construction of the memorial), and Dr. Robert Russa Moton, principal of the Tuskegee Institute. The latter, despite his honored place in the program and his remarks promoting equality among the races, addressed a segregated audience that day, a symbol not only on how far the nation had come, but how much work remained.

Over the nearly 100 years since the Lincoln Memorial was dedicated, the edifice and the surrounding landscape have taken on a significance beyond merely commemorating the 16th president. As one of the most recognized buildings in the world, the Lincoln Memorial has become a symbol of the United States of America, a backdrop for national celebrations and the nation’s pre-eminent stage for the rallies and demonstration, particularly those for civil rights.

During May, the National Park Service and its partners will sponsor a number of commemorative activities which reflect on 100 years of honoring the legacy of Abraham Lincoln, including such topics as the meaning and memory of the memorial, the Lincoln Memorial as a work of art, the memorial and the monumental city, the many sides of Abraham Lincoln and the Lincoln Memorial’s pivotal role in the civil rights movement.

Four score and seven years ago our fathers brought forth on this continent, a new nation, conceived in Liberty, and dedicated to the proposition that all men are created equal.

Now we are engaged in a great civil war, testing whether that nation, or any nation so conceived and so dedicated, can long endure. We are met on a great battle-field of that war. We have come to dedicate a portion of that field, as a final resting place for those who here gave their lives that that nation might live. It is altogether fitting and proper that we should do this.

But, in a larger sense, we can not dedicate — we can not consecrate — we can not hallow — this ground. The brave men, living and dead, who struggled here, have consecrated it, far above our poor power to add or detract. The world will little note, nor long remember what we say here, but it can never forget what they did here. It is for us, the living, rather, to be dedicated here to the unfinished work which they who fought here have thus far so nobly advanced. It is rather for us to be here dedicated to the great task remaining before us — that from these honored dead we take increased devotion to that cause for which they gave the last full measure of devotion — that we here highly resolve that these dead shall not have died in vain — that this nation, under God, shall have a new birth of freedom — and that government of the people, by the people, for the people, shall not perish from the earth.

The Gettysburg Address is inscribed on the monument itself. Amazing stuff.

After Lincoln, I chose to go back to the Smithsonian and finish my day at the Arts and Industries Building.

If you want an amazing place to stay during your visit to the nation’s Capital this is the one, just make sure you book through TZort.