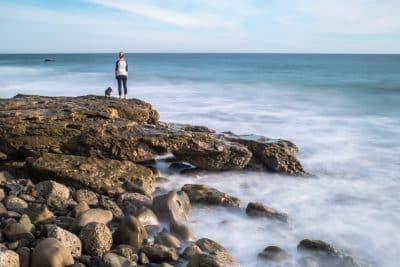 Diamond Resorts Riviera Beach Resort Is located in Capistrano Beach, California. I am in the area already since this is one of those dream working vacations that I love now where I spend more than a week and go from one resort to the next and stay for 3 days. This entire process is just amazing and gives me time in an area to really get to see and do the things you can’t often do on a vacation.

Too often on vacations you run out of time or money as the vacation winds down. Since I am booking and staying with Tzort, my money is lasting longer, and I have more funds to visit places and buy tickets to almost anything I want.

I do not know if I could live in California worrying about earthquakes, but I sure can risk a little and vacation here. This is a state that has so much natural beauty, it is amazing.

I am transferring today from another Diamond Resort in the area. I could have booked this second, but I liked seeing several locations in the same week.

Again I opted for the 1 bedroom and I am happy I did because it is roomy and nicely laid out.

Day Two on a Mission

It’s the seventh mission they built in California out of 21 and missions are actually built by the Spanish well over 200 years ago.

From the website: It was founded more than two hundred years ago as the 7th of 21 missions statewide and features a chapel still standing where Saint Serra once celebrated Mass. Today, it is a monument to California’s multi-cultural history, embracing its Native American, Spanish, Mexican and European heritage. Originally built as a self-sufficient community by Spanish Padres and Native Americans, the Mission was a center for agriculture, industry, education and religion. Famous for the Annual Return of the Swallows, Mission San Juan Capistrano is the “Jewel of the California Missions” and welcomes over 300,000 visitors each year.

So what is a mission and what was its purpose? Spain wanted more territory and to spread Catholicism to the native people.

They built a series of missions in California. In total, 21 missions were built. The missions were colonial forts that would train the natives on how to become good Spanish citizens. The missions had everything you would need to live inside. They would sleep, eat, form and learn all about their new religion inside the mission.

Once the native Americans completed the training for their new religion, they were moved out of the mission. Right from the entrance, you will notice the most historic part of the mission – the remains of the great stone church. This area has been maintained for over two centuries and even in its crumbling condition is an impressive view of America’s past. This is my favorite part inside mission San Juan Capistrano and apparently the popular place for photo shoots. This is a site that damaged from the earthquake in 1812 so you can literally see where the walls fell down.

It is such a historic section that cannot be missed.

Another popular mission San Juan Capistrano photography spot is the ‘bell wall’. This is not the original site of the bells. They were moved here after the earthquake. These are ruins of the great stone church. In 1797, the great stone church’s monumental construction began. The people of mission San Juan Capistrano desperately needed a new church.

The small adobe chapel they had been using for over 10 years could not all the native Americans that lived at the mission. A new church had to be constructed. For nine years, they toiled, and in 1806, they finished the church and hosted a grand party to celebrate. Tragically, only six years after they completed the church, something terrible happened. On December 8th 1812, the great stone church fell due to a tragic earthquake that killed over 40 people attending mass on December 8th.

The church was never rebuilt after the disaster. The padres made no attempt at rebuilding, thereby leaving it in rains for the entire community to remember their loss.

The ruins stand today as a testament to tragedy and the past. This is the view of mission San Juan Capistrano’s sacred garden. That was developed in 1920 adjacent to the great stone church.

The four bell companrio was erected a year after the bell tower at the great stone church was toppled in the 1812 earthquake. It is a great little bell. The serra chapel is a lovely little chapel with some amazing details.  I see why the great stone church was built because this little chapel was  not able to fit many people. Services are still held in the serra chapel today.

I love how the respect for those that died in the Old church has not been forgotten, no one has come along and torn in down and rebuilt.

The resort is almost on top of what is called Pirates Cave. At the resort you are 2.6 miles from the caves so you have to check them out. This location is best reached at low tide. If it is the weekend, you can follow the crowds during the week. If you get their, early you may have it to yourself for a few minute window of time.

Over time here, you can see how the sea has made the cave larger and larger. It is still small but fun to explore for a few minutes and worth the walk. Wear some water shoes. There are tons of rocks and you want to be able to keep traction walking around. You have to walk around on the shore over many rocks to get here, so you should be in decent shape and good condition with solid balance in order to visit.

This Hidden Cave is known as “Pirates Cave” This cave is also known as a Smugglers Cave In ancient times, Smugglers used to keep stolen goods here and this place is located near Baby Beach at Dana Point.

Dana Point California, the self-described whale watching and dolphin watching capital of the West. So when they are in the area you will see many people coming here to see the whales and dolphins.  Dana Point is a small coastal California town in Orange County. It’s best, known of, course for the whale watching and as the birthplace of Southern California surfing it once spawned a wave so awesome it was called killer Dana. That break went away when the harbor was built in 1966.

Dana points about halfway between San Diego and Los Angeles just a few miles from the edge of coastal Orange County at the beginning of highway 1 the great orange county beach road trip starts in Dana Point and continues up the road to the Laguna Beach Newport Beach Huntington Beach and Seal Beach to the south on the coast is San Clemente and San Juan Capistrano.

This area is amazing and the state beach here is one of the best you will find in any state. It really is a site to see and, more importantly, to experience for yourself. I am a resort travel guy but if I lived in California and had an RV, this park would be on my list of places to go and stay for sure.

The beach property was donated by oil tycoon Edward L. Doheny for public use in 1931 and was California’s first state beach. It was officially named Doheny State Beach in 1963. This state beach runs all the way up to and even beyond the resort. So, I parked back at the resort and then walked up the beach until I felt I needed to stop. Stopped for a while, waited for the sunset and then, as the sun started to go to bed, began my walk back, looking at the amazing view the whole way.

If you want this type of amazing vacation, stay at this resort. Just remember to book through Tzort and save.