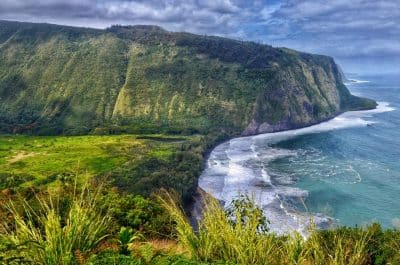 The Bay Club at Waikoloa Beach Resort is on the big island in Hawaii. To be open and honest, I can’t believe I am able to go back to Hawaii again. Hawaii is not a cheap entry level vacation. For most people, it is a bucket list vacation. For some, the trip never happens.

This will be my 5th time going to Hawaii, and it seems dreamlike and unreal. The reason being is the cost and time involved. Being a travel writer is a special opportunity. It has opened doors and provided access to some of the most powerful experiences in my life. Now with my unexpected return to Hawaii, I feel very spoiled and grateful. Join me as I travel back to Hawaii and to The Bay Club at Waikoloa Beach Resort for another amazing Hawaiian vacation.

On this trip, I was able to get a pair of flights that reduced my travel time by several hours. I think the total time in the air was less than 13 hours, which to Hawaii is a fast trip from my home in Virginia. Often the trip to Hawaii is 15 hours or longer. Depending on layover time, the total travel time can often be a day or more. Flights with less of a layover also often come with a premium. But as things are just opening up again fully after COVID, the prices are much lower than normal.

Does not get any more difficult in Hawaii. The only thing that is usually true for me is I am tired from the flight because I can not sleep on the plane. It may be 12+ hours in the air, but that does not make folding myself into those tiny seats with no legroom any more comfortable.

I think my 20 something year old self would laugh at or with myself these days. Sure I was thinner than, but also I would not have let things like space impact me as much. But I could fold my body up into very odd positions during that decade of my life. I would make a way.

Once I arrived at the airport, it was a quick transfer to the resort. On this trip, I will be staying at several resorts to make the most of the flight and review several locations for you. I was able to get a great deal on my flight, but I do not want to waste that bargain.

I was about 2 hours early for check in time. Even tired, I do not want to make a pest of myself. So, I announced my availability if they were ready early just in case, then retired to the bar, leaving my onboard, and checked bag in their custody. A few drinks later, I was invited back to the desk to check in. I did not look at the time, but it must have been early check in. I never ask for it, but it is nice when you can get it.

First things first, a nap. I did not intend to sleep for long, but I set the alarm on my phone for 3 hours. I figured this time of year that would have me up before sunset and allow me to get a nice dinner, then look around the resort, and see the amazing sunset.

You can literally jump in the water and be with tons of spinner dolphins swimming all around you. They come right up to you and your kayak and come around again and again. This experience is life changing.

Like I want to buy a house here and come swimming with these guys every day. As a bonus, the waters here are clear and there isn’t a more predictable way to swim with dolphins than right here in this bay. After kayaking with these dolphins, you continue your journey to captain cooks monument. *Go in the morning if you can. They started to do this where they slam against the water.

It must have been a signal cause they all took off for the evening after this. this monument is actually british territory and supposidely where captain cook died. It also happens to be a great place to go snorkeling.

The waters are clear and they’re are all sorts of fishes you can look at. If you are worried about kayaking in the open ocean, I will link to a great tour company below that will help you get there.

Now if you are on the Big Island, it is very likely you are here to see the lava. We took a boat ride to see the lava pour into the ocean. You can also take a tour to walk right up to the lava, but Volcano’s National Park was closed when we were here. This boat ride was the most intense boat ride I have ever been on. The waters were actually really , but it made it kind of fun and the prize was to see the incredible sight of lava spewing into the ocean.

You can get pretty dang close to the lava, too. I’d say they take you 20 yards or so from the lava. Like I said, the boat ride itself is even fun and smoke it creates is a magnificent view. We went at sunset because of the way I knew the light would filter through the smoke.

In early morning is also amazing to see the lava’s glow.

This is why I love the Big Island. There may not be a ton to do. But, whatever you can do is just incredible. I mean, do you think you can ever see lava, let alone spilling into the ocean again? After this, you should check out my other Hawaii travel guides and see the many things you can do on the other islands, but, like I said, the things you can do on the big island are just incredible. If you are debating which Island to go to give the big island a serious consideration.

If you are going to 2 islands, I would for sure come here as a lot of the other islands share a lot of the same things to do. Lava can be unpredictable. Some days it cannot be reached on land and sometimes it is not spilling in the ocean. Check the reviews I will link to below and they will normally say whether lava is active at that time and those sites.

On the Big Island there are some okay waterfalls like the Pe’epe’e falls and the boiling pots, but the waterfalls are much better and interactive in Maui like you will see in my video for a Maui Travel Guide. Luckily, we got to pass by Volcanoes national park but we were here when all the volcanoes were going off and let me tell you, we were completely safe.

Don’t believe the media. In fact, it was the best time to go and you can see this beautiful rainbow. One of the cool things about Hawaii is how rainbows just seem to randomly pop up every once in a while. Next we hit up the Punalu’u Bake Shop.

They are famous for their sweet bread.

This is a chill little spot to come and get some lunch and listen to some music. They also sell malasadas, which are a popular dessert here in Hawaii. This shop is about 10 to 15 minutes away from my favorite beach here on the Big Island. This is the Punalu’u black sand beach, and it is definitely a place you want to go to. The vibe is so chill, probably because all the sea turtles here love to set that example.

They just sit on the shore and veg out while the waves come up and roll over them. This place is so picturesque, with the palm trees that rise from the black sand and a small pond with a bridge that lies adjacent.

Just Kidding. Normally you can find coconuts just lying on the ground next to the trees. Take one with you, open it up or put a straw in it.

If you go to the north end of this beach, there are a bunch of rocks where normally turtles like to play around. I like to snorkel with them, but you can also just walk out on to the rocks and watch them play. This is one of the best beaches if you want to sit back and relax. I seriously can’t believe this beach isn’t completely run over by tourists like the ones you see in Maui.

Don’t forget I link to everything I do below, including some of the things I didn’t do, like Horseback riding through Waipio valley.

One of the amazing things on this smaller island is the tour of the former leper colony, a really cool tour. The little-known story of the Molokai Leper Colony called Kalaupapa will move you and stay with you. It is not that other such colonies did not exist around the world, they certainly did. It is the setting of this one that makes it stick with you.

The local airline to take to get to Molokai is Mokulele. There is much more to see on the island than just the amazing setting of the leper colony, but this location alone with worth the trip for those interested in history and human behavior.

If you want to read something well written and moving try Moloka’I, which is a book about a little girl who at 7 years old is forced to move to the leper colony, and remains here the rest of her life.

This richly imagined novel, set in Hawai’i more than a century ago, is an extraordinary epic of a little-known time and place—and a deeply moving testament to the resiliency of the human spirit.

Rachel Kalama, a spirited seven-year-old Hawaiian girl, dreams of visiting far-off lands like her father, a merchant seaman. Then one day a rose-colored mark appears on her skin, and those dreams are stolen from her. Taken from her home and family, Rachel is sent to Kalaupapa, the quarantined leprosy settlement on the island of Moloka’i. Here her life is supposed to end—but instead she discovers it is only just beginning.

With a vibrant cast of vividly realized characters, Moloka’i is the true-to-life chronicle of a people who embraced life in the face of death. Such is the warmth, humor, and compassion of this novel that “few readers will remain unchanged by Rachel’s story”

If you want to have a dream vacation like this, one of the most important things to book in advance is your accommodation. Make sure to book your stay through TZort and save.