The Residences by Hilton Club

The Residences by Hilton Club 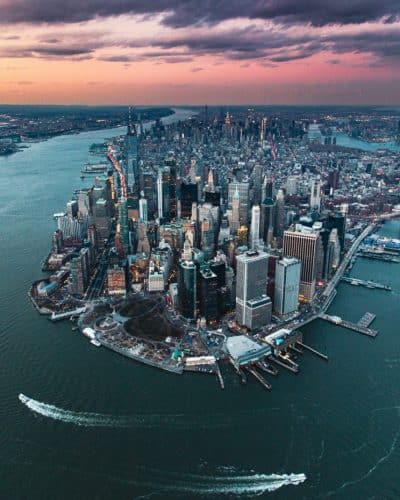 The Residences by Hilton Club are one of several amazing Hilton Resorts in New York City. On this trip, I am staying at several resorts and merely moving from one to another. This is awesome because it gives me more time to see some of the many New York attractions and I always find it too hard to determine what I am going to visit and see.

I moved to the resort from the Quin which is near Central Park. The Residences are on the Avenue of Americas at 1335 Avenue of the Americas, 44th FL New York, New York, 10019. This puts me just a few more blocks southwest of the Quinn. Had I not driven to New York and had my car, I certainly could have walked from one location to the other.

You can view my experience at the Quin here. When you do, you will see that I purchased a pass that gives me access to 6 major tourist spots for a single price. Today will be my 3rd day using my pass.

I moved to this next resort location at the Residences after finishing my visit to the Intrepid Air and Space Museum.

I checked in easy enough. The most challenging part was just getting the car sorted before checking in. After that, everything was easy and downhill.

My room was a 1 bedroom penthouse suite. It made me feel like a millionaire. The layout was impressive and the views from the large windows were great. I also enjoyed the large bathroom that was encased in marble, not just marble accents.

After getting settled in, I was hungry from all my adventures and wanted a big dinner. I chose the Bengal Tiger nearby which is an Indian Restaurant with a great reputation.

They offer ala cart or a 3 course meal here. I chose the 3 course since I was hungry. The food was excellent and reminded me of the Punjab Grill in D.C. just shockingly more affordable here in New York.

After that meal, it was time to walk back to my accommodations and hit the tub for some hot water to soak my out of shape muscles in my legs and back.

New York does not have to be, but for most, it is a walking vacation. It is just so easy to walk and take the subway almost anywhere you want to go, as long as you are willing to walk a few blocks in the process.

If I lived in New York, I would certainly be in better shape because of this walking.

Today I would be visiting the Statue of Liberty and Ellis Island.

Statue of Liberty and Ellis Island

To get to the ferry if you are staying at this location, I recommend the Subway.

Video By Scottsdale Travel Chick
My boat was scheduled to leave at 10AM, so I had to make sure I was at the ferry docks ahead of time to get through security and process my electronic tickets.

The National Parks site offers some great information that should be reviewed in addition to the Liberty and Ellis Island Website before your visit.

This is a full day for most people. You need to start early to see as much as you can on both islands, and the last boats return early evening so it is a full day. During the summer 25,000 visitors a day make this trip so expect some crowds, especially in summer. I know that volume is the same as many major theme parks during peak travel times. What seems like a lifetime ago now I used to work an Bush Gardens Williamsburg for my first job anywhere on the books. We had a daily maximum capacity of around 25,000 visitors and it was a huge park, so to have that many on an average summer day here is saying something.

The museums are great here, especially the new Lady Liberty Museum, which was opened just in 2019 and was not here on my last visit. I figured out my childhood memory of going into the torch of Lady Liberty was really just going up to the crown and looking at the touch close up from inside the crown itself. Not open on this trip, I was able to figure that out thanks to the museum.

Ellis Island is fascinating, and it is worth paying extra to use their resources to look up ancestors who may have entered through the Island itself and several other immigration points that you have digital access to the records when you pay a small fee and make that a part of your experience. I wanted to also do a hard hat tour of the old hospital, but that was not available during this time.

If Lady Liberty herself did not get your proud American Heart pumping, Ellis Island surely will. It teaches you about the melting pot America really is and how it makes us a great nation. This is not a woke remix of historic tales but a true telling of our rich cultural and natural history. I spent hours touring, looking at everything I could.

When finally preparing to leave the island, I felt like I should have been wearing a minute man uniform and shaking the hand of everyone around me. Luckily, I calmed that down and held it mostly on the inside, minus a great booming smile that I could not wipe from my face.

I finally am breaking down and returning to the 9/11 memorial. It is tough for me because I knew a few people lost that day, and because it is also hard to imagine man’s own inhumanity to man.

9/11 Memorial Museum was built in a beautiful, curving glass building. Inside, there were exhibits about the events of September 11th, 2001. There were also artifacts, photos, and video presentations. The building was constructed around the remains of the World Trade Center, and incorporated the old buildings into the new structure. The museum is located on the southern side of One World Trade Center, on Greenwich Street.

Getting to the site. The subway again is the best way to visit and there are many stops that will put you within walking distance.

2 or 3 trains to Park Place

I came in on the E train from 7th avenue station near the Residences. It was about a 20-minute ride with the stops and the little bit of walking on each of the journey to World Trade Center. I can not imagine the walk out of the city on the day of the attacks.

If you have not been, you should go. Just do not for a second think it will be an easy day. For me, it is the 2nd hardest museum to visit after the Holocaust Museum. I was safe in Virginia when it all happened, but I was concerned for friends in DC, and NY at the time.

Strange enough, that day I was driving into work and I became violently ill. I actually vomited on the dashboard of my car while driving to work. It was so bad I knew something serious must be wrong with me. So I returned home. When I walked into the house, I called out from work, and then grabbed some ginger ale and sat down with my computer with my TV on in the background.

It was minutes before 8AM when I finally got settled and starting watching the morning show on NBC in the background as I logged onto my computer. In those days, the internet was largely just chat rooms. I did not spend a great deal of time in them, but for some reason when I was resting in my chair that occurred to me to do.

Minutes later, the first plane hit, and the entire day went to hell for Americans everywhere but especially for New York. Still, to this day, I do not know what made me so ill. I have speculated that somehow I was unconsciously aware of the evil that was taking place and my body reacted.

Going through the museum here brought much of those feeling back, but luckily not any sense of illness.

The museum has new exhibitions every so often and each will touch and move you. They also offer a museum shop which I do not know how I feel about it. Some of it seems fine, other parts seem to be for financial gain, like jewelry. I could see getting a t-shirt or something to remember things by, but some of the items just seemed well in poor taste. But to each their own.

Afterwards I was sad and felt even a little weakened by the experience. It was emotional and overwhelming. Important, but it just felt heavy.

I stopped on the way back for something to eat, and more than a couple of drinks.

I chose Ellen’s Stardust Dinner for a bit of an emotional pick me up as my first stop. Here you find a singing waitstaff and traditional dinner food but with New York City pricing. The food was good, and the service was outstanding.

Next I went to the Pub in Rosie O Grady’s for a few black and tans, and then some more powerful drink choices. It was a good thing I was not driving because I kind of fired for effect a little. The idea, I think, was to blow off some mental steam and stop thinking about 9/11. I wonder how many people whom have visited the Memorial afterwards went to more than 2 drinks? It is that tough of an experience but important to do for certain.

Follow me to my next destination tomorrow at West 57th by Hilton Club.

Then book your chosen resort via TZort.com and save.