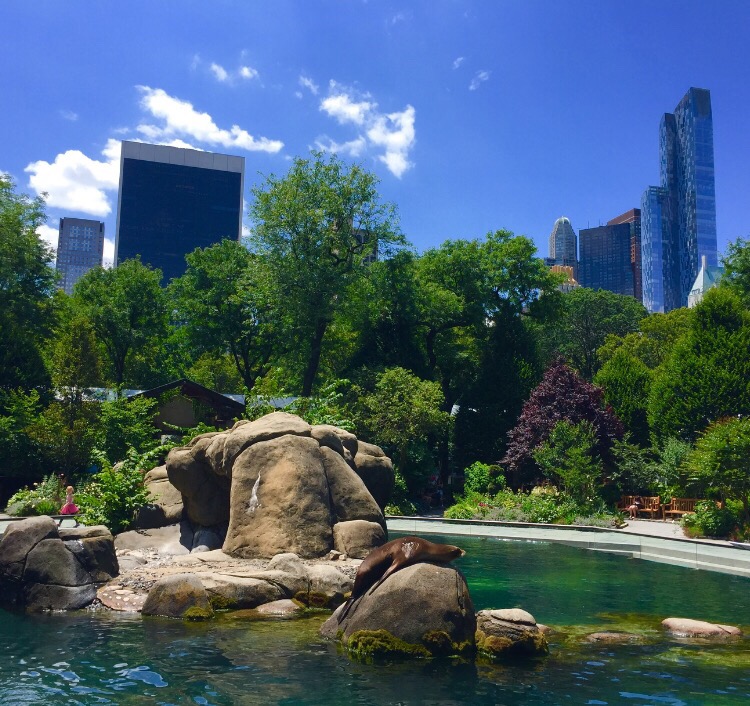 The Manhattan Club in New York City is my destination today. Since it is close, I will be driving to New York, which is only about a 7-hour trip. It is costly to park in New York city, so that is a consideration, but it is cheaper to drive than fly or even take the train.

If you’re in the mood for a day full of shopping, fine dining, and all things luxurious, then look no further than Manhattan. This island is home to some of the top attractions in the world, including Times Square with its iconic billboards and Broadway theaters. But don’t worry if your idea of a perfect vacation is more cultured than commercialized because there’s plenty of museums and galleries to keep you busy too!

Day One Travel and Arrival

Traveling to New York City from Virginia Beach, Virginia means a drive up the Eastern Shore of Virginia. This also means you will go across the Chesapeake Bay Bridge Tunnel that, for more than half a century, was the longest bridge in the world. The bridge opened just a few weeks after my sister’s birth in 1965.

For more than 50 years, it was the longest bridge in the world. When you drive across, you travel through two tunnels just to reach the other side. Once you reach the Eastern Shore, you are greeted first by a small beach community, then by hours of farmland and small towns. Traveling up the shore though saves you time and keeps you away from the traffic around our nations Capital which can be very heavy at times.

This is the same way I travel when going to Atlantic City as well, since it helps you avoid much of the worst traffic, and save time.

About 7 hours later, I arrived in the Bit Apple and worked my way towards the resort itself on West 56th street. The location is just up and across from Carnegie Hall, so it is easy to find. If you travel to the city by plane, the Manhattan Club is close to all the major airports. LGA – 8 miles; JFK – 17 miles; EWR – 19 miles.

Valet parking is only $35 for 24 hours which is one of the best rates I have ever seen in the city. When checking in, I was excited to take advantage of that service, such a value.

First impressions here of the club were that it is modern and updated but with that old world big city charm that guests in the Big Apple are looking for. Amazing crown molding is everywhere as well as marble, art, and rich furniture that screams comfort.

After checking in, I wanted to walk across the street and get something to drink and eat. A nice thing about being able to walk to take public transportation just about everywhere is that you do not have to worry about drinking with a meal in New York. I also like that when I come, I walk more and that just makes me feel better after I eat. For dinner I chose Tanner Smiths which is more of a bar than a restaurant, but they certainly serve good food and cocktails.

I had the shrimp tacos and one thing people do not realize is that New York gets amazing fresh food, especially sea food. It is not because they are near the water; it is because fisherman from as far as Virginia send their seafood to New York to get a better price. The same is true for fresh vegetables and fruit, too. Since a fisherman or famer can get double their money, it pays to send it up on a refrigerated truck and drive it in daily, or at least several times a week.

The result is very fresh food and the nicest seafood you will probably eat may be in New York just hours from where it was freshly caught. Fresh meat, seafood, and produce come into the city from all directions every day.

After dinner, it was back to the club to check out the amenities more, than settle in to my room for the night. Tomorrow was going to be a big day.

Check out these reviews from recent guests.

We didn’t know what to expect in New York. The hotel was older and had a real New York charm. It was so quiet in our room that we forgot we were in downtown Manhattan. We really liked the location and the proximity to get to everything we wanted to do and see.

Our suite was very comfortable, and the staff was friendly and helpful.

Everyone was hospitable and made us feel welcomed.

Day Two in the Big Apple

I woke after sleeping the night without waking up once. The rooms were as quiet as one of the reviewers had reported. That is a great bonus because often when I have stayed in the city before, the sounds of the city from outside, or sounds of the hallway, were of an issue. Here things were quiet and calm, and that helped me get a good night’s sleep.

After a quick shower, I discovered that I was starving for breakfast. In club provides a continental breakfast with your stay, so I chose to hit that before doing anything else this morning. I also picked up a newspaper which felt good to hold print again. It seems like it has been a long time since I read the paper on paper, and that just felt right with breakfast.

I had some cereal, fruit, a pastry and some fresh juice. Enough fuel to get my motor running today. I may try to find a complete breakfast nearby for tomorrow, but this was a welcomed treat and really hit the spot.

Your room at the club has a partial kitchen, which is nice to reheat something or to even make something simple in the room. With how generous the breakfast here is, I would not do that at breakfast time.

Today, since the resort is just blocks away from Central Park, I thought I would take some time to walk around and enjoy the park. I have not actually spent much time in the park before because it seems like just a park in a big city. But when you realize how many movies you have seen it in, and the history of the park, it is certainly something that you can enjoy and will stick with you.

Part of my choice was location, though the Manhattan Club is just so close you feel like you have to do it as part of your experience.

As a child, I went to the National Zoo in DC several times with my father. My step mother’s sister and her husband had a nice apartment in DC, so we were able to stay with them several times and visit the zoo of the Smithsonian while in town.

Now I was in New York in Central Park, so I had to see the zoo for myself. The zoo has a number of exhibits that center around the both land and sea animals. My favorite of the trip was the snow leopards. The zoo is open from 10-4:30 or 5PM depending on the time of year. Like me, if you get there at 11AM or so you will not run out of time and can safely see and experience everything in a day.

It is a smaller zoo than some and when combined with the visit to central park I think it can be a great day for you like it was for me. I mixed in a little street vendor food here and there, and I was a happy camper. I think the zoo and park would be amazing in the early fall months where it is cooler but not yet too cold.

My day was not bad for weather, it was clear and only 76 for the high of the day.

If you can make it here, you can make it anywhere. That is the gist of how the song goes right. Well, Broadway shows truly do have some of our Nations best acting talent. Many also boast tremendous singing and dancing skills too.

I remember seeing Lion King off Broadway but with the same amazing cast and I was dumbfounded by their level of talent and skill. I was able to get tickets to Ain’t to Proud, which is based on the work of the temptations. This show was amazing. The cast were stars by any measure and those songs were at the ready in my mind that I did not even know where they’re beforehand.

Before the show, I was able to get a table at Benno Restaurant which has a stellar reputation and is usually packed and reserved long in advance. I had their Pepper Steak, and it was just flawless. It was worth the cost. Now it is a shame to eat alone and go to a show alone in New York, so I called a friend who lives in New Jersey to come and stay and play for the night. We would eat dinner, go to the show and then I could get her back home tomorrow as I drive out. I did not plan this in advance, but I had thought about the possibility one day one of my trip and I had called.

Now I would have gone solo has she not been able to make it, but I was happy she did. These kinds of meals and shows are experiences best shared.

We had an amazing night, and it was something I hope we will both look back on even years from now as just a neat thing to do with a friend.

If you want amazing experiences like these, you have to get out and go somewhere, book with TZort and Save.