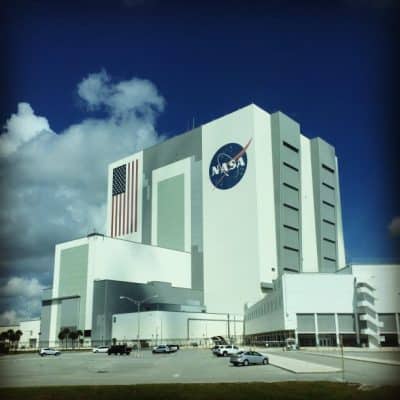 The trip to the cape is one that has an old school feel when you drive down. In part because once you leave interstate 95, many of the roads you use and see are the original old school coastal roads.

Most of the year, the interstate is not heavy with traffic. When you reach the cape, it is a bit like stepping back in time. Everything here seems to be old school cool like Panama Beach, Florida.

The resort offers spacious studio, one, and two-bedroom villas that come standard with a living room, kitchen or kitchenette, and dining area. Washers and dryers are in select villas and a complimentary laundry facility is available to all guests. Plus, free Wi-Fi, parking and much more.

Since 1968 it has been NASA’s primary Launch Center of human spaceflight missions the most famous of which being the moon landing from the Apollo program as well as the space shuttle program the property for Kennedy Space Center is absolutely enormous with around 700 facilities and buildings grouped across the center’s 144 thousand acres of land.

Space program is presented in a sort of chronological order includes the Mercury and Gemini Apollo and the space shuttle programs starting with the attraction.

Nearest to the entrance you have the heroes and legends exhibit experience, which begins with a short presentation from everyday people discussing their heroes and inspirations, which is followed by a grandiose 3d short film presenting NASA’s history and achievements.

The focus of this exhibit is America’s first astronauts and nine characteristics of a hero. Each of these features astronaut artifacts and multimedia relevant to these, characteristics key artifacts and heroes and legends include a Redstone rocket suspended overhead. The Sigma 7 capsule is the control sensor from Project Mercury and the unique close-up look at the Gemini 9 capsule.

The heroes and legends building also features the U.S. Astronaut Hall of Fame, the center which features an interactive kiosk with an end of the database emission index and a virtual photo opportunity with the mercury 7 astronauts. Next door to the heroes and legends building you’ll find the rocket garden, we will see an outdoor display of historic rockets that put Americans and satellites in space. The garden also features mock-ups of capsules from the Mercury Gemini and Apollo programs.

Apollo Saturn v Center which is a restored Saturn v launch vehicle the largest rocket ever built at 363 feet long it is 60 feet taller than the Statue of Liberty if you’re wondering why the Vehicle Assembly Building was so big it’s because NASA ambitiously wanted the ability to build four of these at once although that never actually happened.

Inside the Center you’ll find a variety of different space suits, including the space suit that Alan Shepard, the first American astronaut used for the Apollo 14 mission. Another exhibit within this Center is the Apollo 14 command module, which carried Alan Shepard to the moon in 1971 and orbited it 34 times.

Next, you will also find an unused Apollo commander from service module, and unused lunar module. Then in another theater that simulates the Apollo 11 moon landing you can’t miss the entrance to the home of space shuttle Atlantis, a gigantic full-scale Space Shuttle stack of two rocket boosters and its orange external tank.

Inside you’ll be shown a short video projected onto the entrance to the exhibit highlighting the triumphs of the Atlantis shuttle once this video was finished you’ll see the real thing out in front of you as only the astronauts would have seen it in space with its payload doors open as if undocked from the International Space Station.

The Atlantis exhibit also includes a life-sized replica of the Hubble Space Telescope, which was launched by space shuttle Discovery in  1990. Then you get the ability to learn to pilot the Space Shuttle with numerous astronaut training simulators. If you wanted to experience what it’s like to be launched from a Space Shuttle into orbit, then Kennedy Space Center provides a simulator with its shuttle launch experience. You’ll enter the heart of Space Shuttle operations for a pre-launch briefing by veteran Space Shuttle commander Charles Bolden and once onboard, you will experience what the veteran astronauts have described as being the next best thing to flying aboard the space shuttle.

Kennedy Space Center is the NASA now and next exhibit which aims to immerse guests in the science of current missions to the International Space Station and upcoming missions to explore deep space. The most noteworthy attraction here is the journey to Mars explorers wanted to exhibit which features large-scale video projections dimensional exhibits and interactive experiences all designed to immerse visitors into the adventure and unsolved challenges of future space exploration.

Staying at this resort you simply must take some time for beach and pool fun at and near the resort. I had a simple breakfast in the room. I walked so much yesterday that I was moving slowly today.

I would soon make it to the beach. But first I wanted to try the 4 story waterslide. After that, I headed for the path to the beach. It is a few block walk from the resort itself to the beach at Jetty Park. That link shows you the beach camera and on the page weather and local updates.

The surf reports on this page are detailed and helpful for surfers and just fans of the water alike.

At about midday, I headed back to the resort and the Cape Grill on site. The food was good and being onsite it is the most convenient.

Since the ocean was a bit rough today and the wind was blowing hard, I stayed by the pools instead of heading back to the ocean. It was close enough, warm, and a great relaxing place.

If you want to see the cape and enjoy a great beach vacation, book this resort through Tzort.